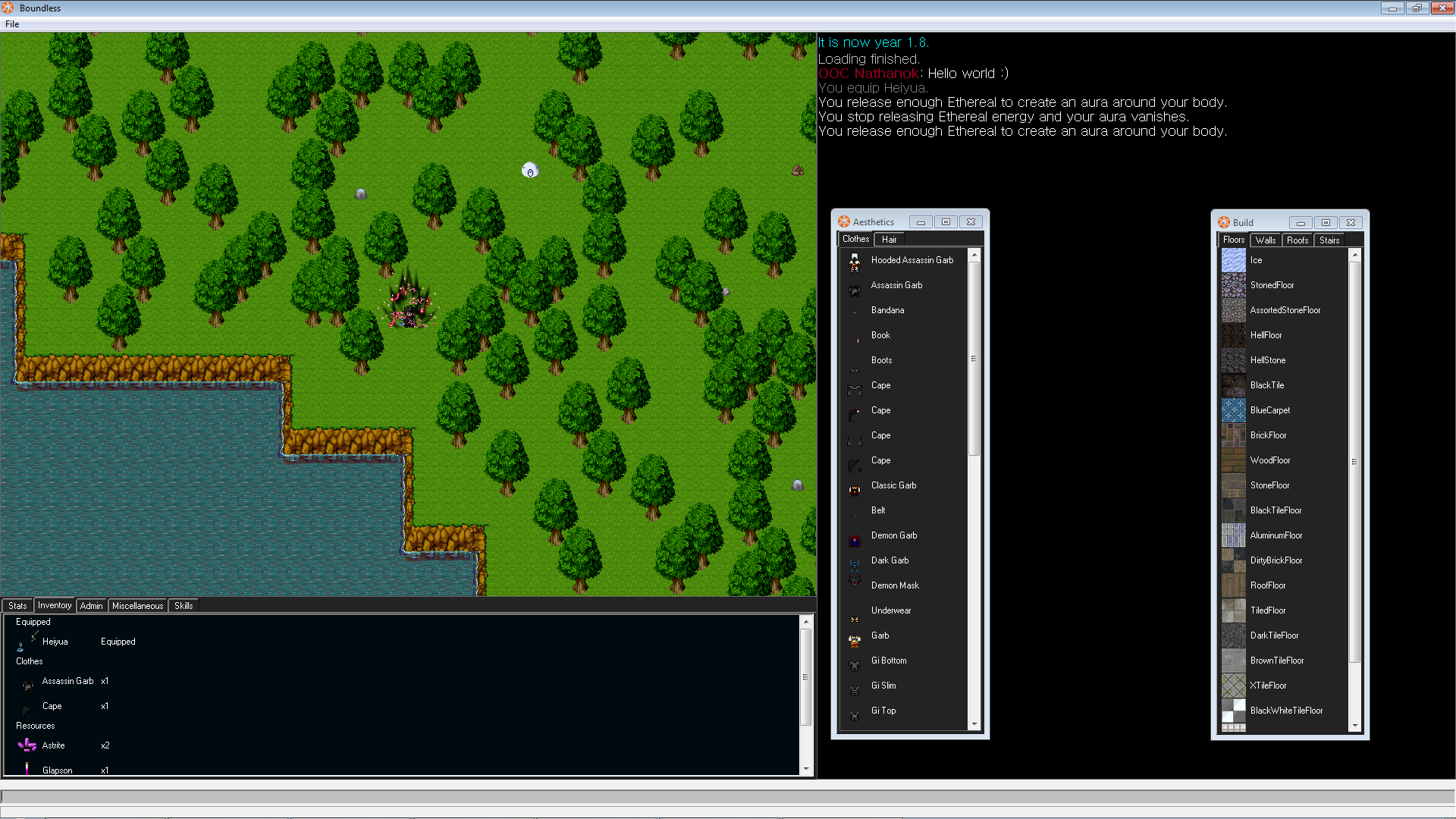 Build
Build is finally in. More options will be added later, but at the moment there are still a lot of build options. Players can't build on the overworld maps but can build on player-made ones. Houses, Clan houses and villages are all player-made maps.

Aesthetics
A new aesthetics system is in. Clicking on the Aesthetics verb will open a window with two tabs; Clothes & Hair. The player can choose their look by clicking and coloring the clothes/hair.

Aura System Revamp
The aura system has been revamped. There are still 5 aura levels, but the look and effects have been changed. Level 4 auras only drain 10 mp per second, Level 5 auras drain 20 per second. The player can choose to color their aura anything they want, they can also color the sparks that form around the aura anything as well.